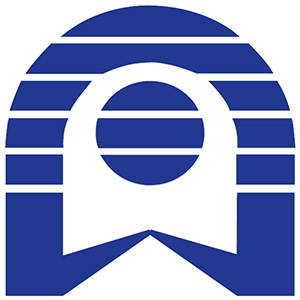 The theme of this Congress is holding high the great banner of socialism with Chinese characteristics, fully implementing the Thought on Socialism with Chinese Characteristics for a New Era, carrying forward the great founding spirit of the Party, staying confident and building strength, upholding fundamental principles and breaking new ground, forging ahead with enterprise and fortitude, and striving in unity to build a modern socialist country in all respects and advance the great rejuvenation of the Chinese nation on all fronts.

It is imperative that all of us in the Party never forget our original aspiration and founding mission, that we always stay modest, prudent, and hard-working, and that we have the courage and ability to carry on our fight. We must remain confident in our history, exhibit greater historical initiative, and write an even more magnificent chapter for socialism with Chinese characteristics in the new era.

The past decade marked three major events of great immediate importance and profound historical significance for the cause of the Party and the people:

We embraced the centenary of the Communist Party of China;

we ushered in a new era of socialism with Chinese characteristics; and

we eradicated absolute poverty and finished building a moderately prosperous society in all respects, thus completing the First Centenary Goal.

Through painstaking efforts, the Party has found a second answer to the question of how to escape the historical cycle of rise and fall. The answer is self-reform.

Our experience has taught us that, at the fundamental level, we owe the success of our Party and socialism with Chinese characteristics to the fact that Marxism works, particularly when it is adapted to the Chinese context and the needs of our times.

Chinese Communists are keenly aware that only by integrating the basic tenets of Marxism with China’s specific realities and fine traditional culture and only by applying dialectical and historical materialism can we provide correct answers to the major questions presented by the times and discovered through practice and can we ensure that Marxism always retains its vigor and vitality.

From this day forward, the central task of the Communist Party of China will be to lead the Chinese people of all ethnic groups in a concerted effort to realize the Second Centenary Goal of building China into a great modern socialist country in all respects and to advance the rejuvenation of the Chinese nation on all fronts through a Chinese path to modernization.

On the journey ahead, we must firmly adhere to the following major principles:

—Following the path of socialism with Chinese characteristics.

—Remaining committed to deepening reform and opening up.

People’s democracy is the lifeblood of socialism, and it is integral to our efforts to build a modern socialist country in all respects.

This country is its people; the people are the country.

Respecting, adapting to, and protecting nature is essential for building China into a modern socialist country in all respects.

National security is the bedrock of national rejuvenation, and social stability is a prerequisite for building a strong and prosperous China.

Achieving the goals for the centenary of the People’s Liberation Army in 2027 and more quickly elevating our people’s armed forces to world-class standards are strategic tasks for building a modern socialist country in all respects.

The policy of One Country, Two Systems is a great innovation of socialism with Chinese characteristics. It has proven to be the best institutional arrangement for ensuring sustained prosperity and stability in Hong Kong and Macao after their return to the motherland. This policy must be adhered to over the long term.

Resolving the Taiwan question is a matter for the Chinese, a matter that must be resolved by the Chinese.

Our Party has a pivotal role in building China into a modern socialist country in all respects and in advancing the rejuvenation of the Chinese nation on all fronts.

The times are calling us, and the people expect us to deliver. Only by pressing ahead with unwavering commitment and perseverance will we be able to answer the call of our times and meet the expectations of our people.

All of us in the Party must remember:

Upholding the Party’s overall leadership is the path we must take to uphold and develop socialism with Chinese characteristics;

building socialism with Chinese characteristics is the path we must take to realize the rejuvenation of the Chinese nation;

striving in unity is the path the Chinese people must take to create great historic achievements;

implementing the new development philosophy is the path China must take to grow stronger in the new era; and

exercising full and rigorous self-governance is the path the Party must take to maintain its vigor and pass new tests on the road ahead.

Over the past decade, we have secured historic achievements and seen historic changes in the cause of the Party and the country, and taken China on a new journey toward building a modern socialist country in all respects.

We have established the Thought on Socialism with Chinese Characteristics for a New Era.

We have strengthened Party leadership in all respects.

We have achieved moderate prosperity, the millennia-old dream of the Chinese nation, through persistent hard work.

We have developed well-conceived and complete strategic plans for advancing the cause of the Party and the country in the new era.

We have put forward and applied a new development philosophy.

We have comprehensively deepened reform with tremendous political courage.

We have pursued a more proactive strategy of opening up.

We have kept to the path of socialist political advancement with Chinese characteristics.

We have established and upheld a foundational system for ensuring the guiding role of Marxism in the ideological domain.

We have implemented a people-centered philosophy of development.

We have applied a holistic approach to national security.

We have set the Party’s goal of building a strong military in the new era.

We have fully and faithfully implemented the policy of One Country, Two Systems.

We have pursued major-country diplomacy with Chinese characteristics on all fronts.

We have made significant advances in exercising full and rigorous Party self-governance.

It is the solemn historical responsibility of today’s Chinese Communists to continue opening new chapters in adapting Marxism to the Chinese context and the needs of the times.

must put the people first

must maintain self-confidence and stand on our own feet

must adopt a problem-oriented approach

must maintain a global vision

The New Journey of the New Era: Missions and Tasks of the Communist Party of China

From this day forward, the central task of the Communist Party of China will be to lead the Chinese people of all ethnic groups in a concerted effort to realize the Second Centenary Goal of building China into a great modern socialist country in all respects and to advance the rejuvenation of the Chinese nation on all fronts through a Chinese path to modernization.

Chinese modernization is socialist modernization pursued under the leadership of the Communist Party of China. It contains elements that are common to the modernization processes of all countries, but it is more characterized by features that are unique to the Chinese context.

—It is the modernization of a huge population.

—It is the modernization of common prosperity for all.

—It is the modernization of material and cultural-ethical advancement.

—It is the modernization of harmony between humanity and nature.

—It is the modernization of peaceful development.

The essential requirements of Chinese modernization are as follows: upholding the leadership of the Communist Party of China and socialism with Chinese characteristics, pursuing high-quality development, developing whole-process people’s democracy, enriching the people’s cultural lives, achieving common prosperity for all, promoting harmony between humanity and nature, building a human community with a shared future, and creating a new form of human advancement.

To build a modern socialist country in all respects, we must, first and foremost, pursue high-quality development.

advance rural revitalization across the board

Education, science and technology, and human resources are the foundational and strategic pillars for building a modern socialist country in all respects.

accelerate the implementation of the innovation-driven development strategy

Whole-process people’s democracy is the defining feature of socialist democracy; it is democracy in its broadest, most genuine, and most effective form.

strengthen the institutions through which the people run the country

step up efforts to establish the rule of law throughout society

extend the reach and appeal of Chinese civilization

Improving the People’s Wellbeing and Raising Quality of Life

improve the system of income distribution

Pursuing Green Development and Promoting Harmony between Humanity and Nature

accelerate the transition to a model of green development

enhance diversity, stability, and sustainability in our ecosystems

intensify troop training and enhance combat preparedness across the board

Upholding and Improving the Policy of One Country, Two Systems and Promoting National Reunification

The wheels of history are rolling on toward China’s reunification and the rejuvenation of the Chinese nation. Complete reunification of our country must be realized, and it can, without doubt, be realized!

remain firm in pursuing an independent foreign policy of peace

adhere to the right course of economic globalization

uphold and strengthen the centralized, unified leadership of the Party Central Committee

improve the systems and regulations for the Party’s self-reform

cultivate officials capable of shouldering the mission of national rejuvenation

win the tough and protracted battle against corruption